The SpongeBob Movie: Sponge Out of Water

When a diabolical pirate above the sea steals the secret Krabby Patty formula, SpongeBob and his nemesis Plankton must team up in order to get it back.

Paul Harrison Tibbitt is an American comedian, animator, television producer, writer, storyboard artist, songwriter, and voice actor. He is currently the supervising producer and co-executive producer of the animated series SpongeBob SquarePants, and is also the voice of Potty the Parrot; he has also voiced DoodleBob and previously voiced Betsy Krabs before Sirena Irwin took over. 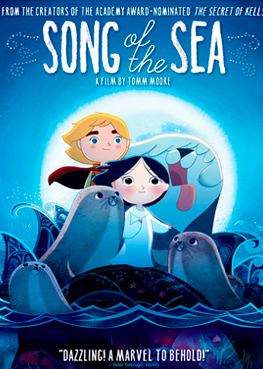 SONG OF THE SEA