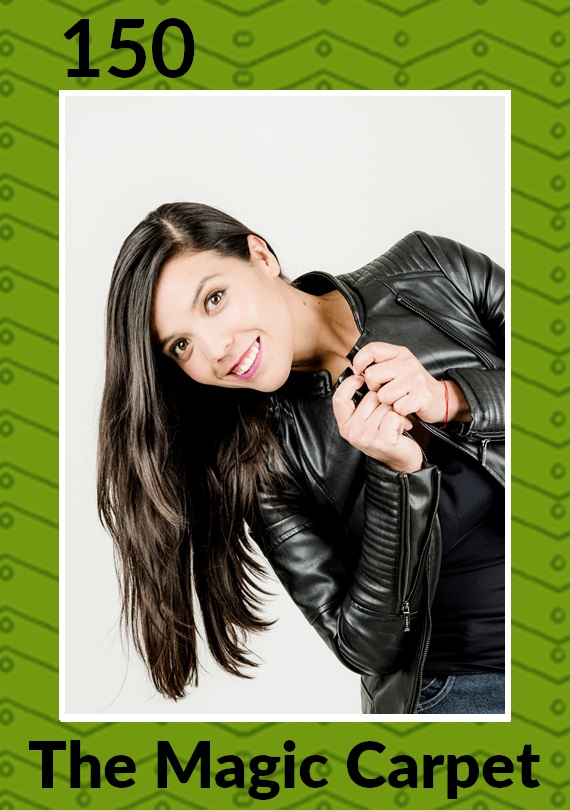 Actress, oral narrator and writer. She has a broad national and international career. She has been an oral narrator since 2000, a discipline with which she has performed on stages in Austria, Colombia, Cuba, the United States, Spain, Panama, Uruguay, among others.

She has been a fellow of the BBVA-Bancomer Foundation, the Mexican Youth Institute and currently she is a FONCA fellow. She has collaborated as a writer, narrator and screenwriter for various digital applications, animated shorts. She has participated in multiple productions and theater companies throughout 20 years of experience.

She is the director of La Torre de los Cuentos, a company that generates and produces interdisciplinary shows and projects, aimed at children and families. Her curiosity to explore new ways of telling stories led her to music, one of her great passions, with which she complements some of her narratives to the beat of the jarana and in many others she makes us dance to the rhythm of the Swing. She has a children's music project with which she has published two albums: “Swing de Insects” and “Did I dream of it or they told me about it?”.