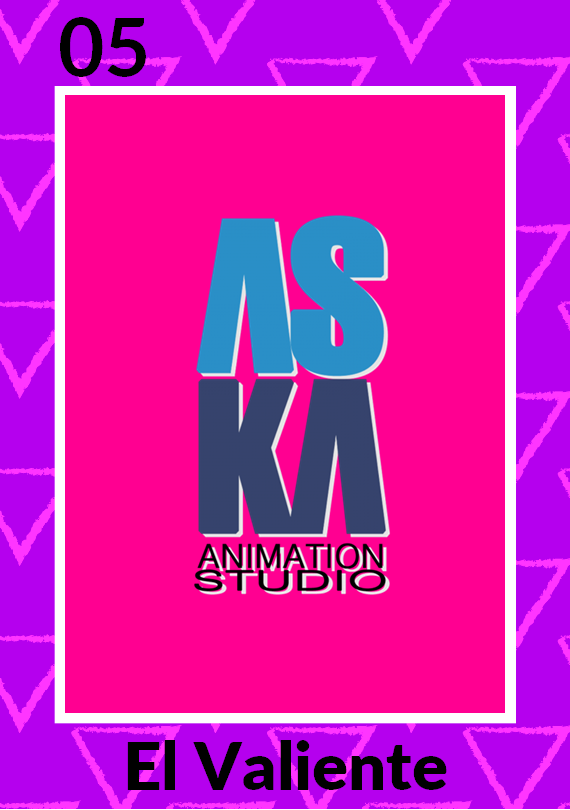 Aska Animation Studio, is a company established in Guadalajara, Jalisco. They are specialized in the creation of 2D characters and stories from concept to fully animated end products. They also participate with advertising companies and other studios to produce animated clips for pilots, series, and commercials, etc.

The company has worked for large studios such as Cartoon Network Latin America and employs more than 40 animators located mainly in Jalisco. They are currently developing several pilots for different animated series and feature film projects for creators and studios around the world.

You can see more information about the studio in: askanimation.com