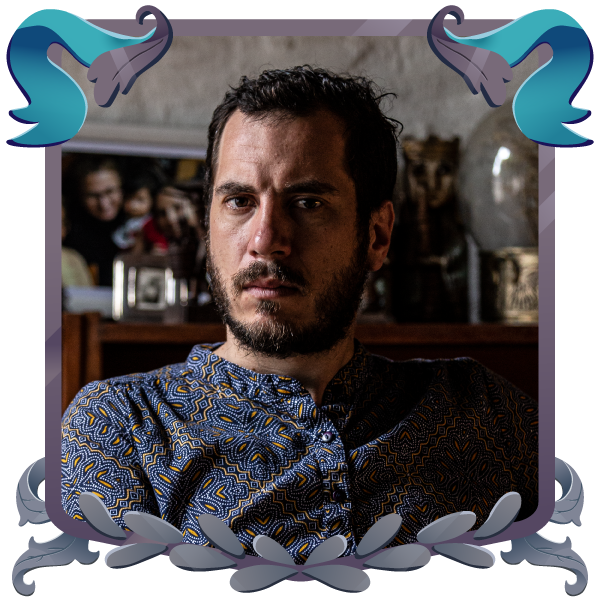 Mateo Alayza is a professional artist. He has participated in more than fifteen group and individual exhibitions.Together with his brother, he directs Hermanos Magia, one of the first illustration studios in Lima, where they have worked on various creative projects in the areas of animation and design, and have published more than twenty books for children and adults, receiving the White Ravens top recommendation from the Munich bookstore.

He is also Art Director at Leap Game studios, where he co-produced Arrog and this year they are close to releasing a new game. His current project has been selected by the Google LATAM acceleration program and he has won several international competitions.

His experience integrates the best of three creative worlds, the arts, design and video games. Mateo believes that Latin America should strive to develop stories of the region for the international industry, but with an author's voice, because as a region we have much to share with the world about who we are. Today his studio is preparing two more games.