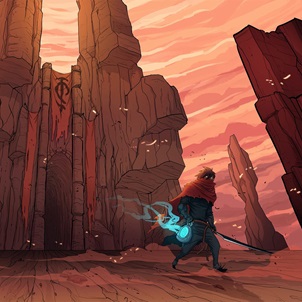 From the Cinders is an action RPG set in a postapocalyptic tribal world. You control a messenger warrior that has the responsability of bringing a magic flame that protects towns from a corrosive fog. The combat is fast paced with melee weapons and magic, the character can deal a lot of damage with combos but is also very fragile

We are an indie video game development studio from Monterrey, Nuevo Leon, México formed by 4 professional video game developers, focused on creating games with great quality and with doing so, help the local industry to get bigger and better.