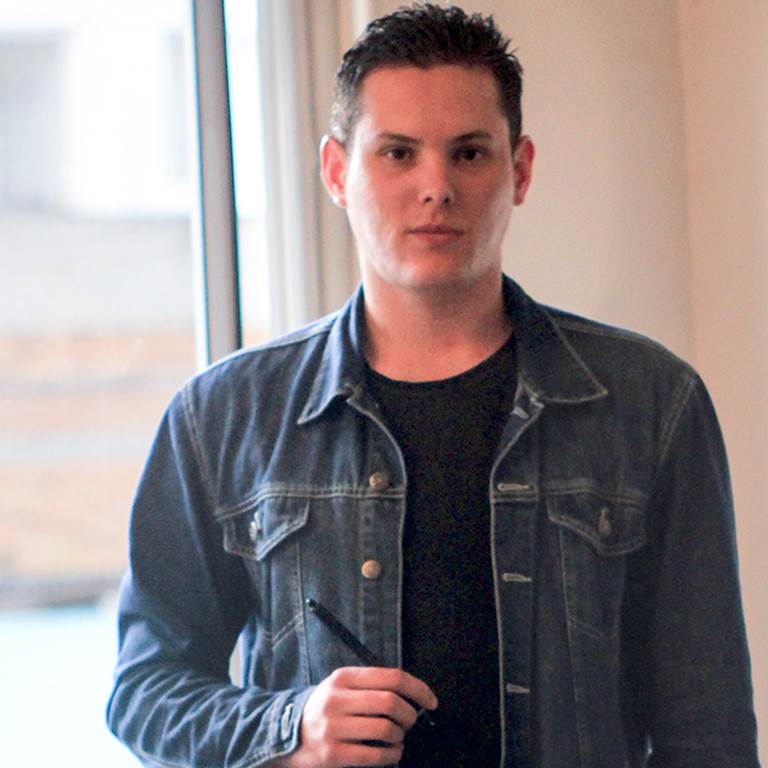 He was born in Mexico City and grew up in Cuernavaca. Since childhood, he had a passion for creating objects with clay or Legos and he was a video game fan.

Adrian started web programing in different programming languages before obtaining his bachelor's degree in communication. He also has a master in Animation and Digital Postproduction at the International University of Cuernavaca, and Character Animation in VFS.

He worked as 3D and motion graphics designer, both freelance and as part of the staff of various companies, like West Coast Customs and Blizzard.

Finally he joined Voraz Studio, where he participated in some foreign projects, such as UFC, SmallVille, Flash, KM31, and graphic packages for Channel 5 and other works for Televisa.