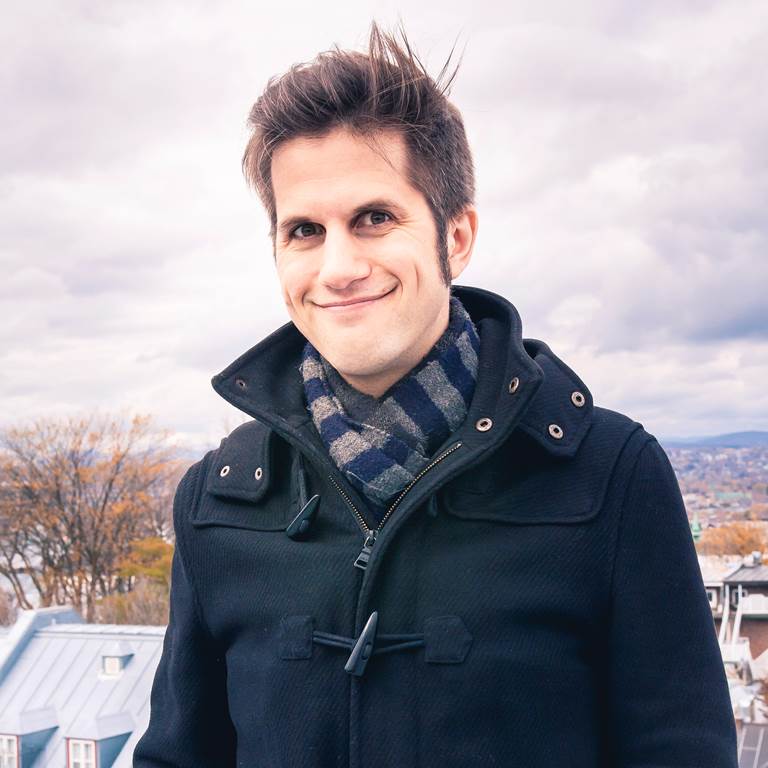 After studying graphic design at Cégep de Sainte-Foy, he became interested in animated films and directed Rumeurs(2003), produced by the National Film Board of Canada (NFB) in 2003. In 2008 he published a first volume of Burquette, which was earned several awards in Canada. A second volume of the series was published in 2010. In 2011, he created twenty small animated capsules, inspired by the first book.

In 2011, he published with Pierre Bouchard the book Motel Galatic, and in the following years they released two other volumes of this series.

In his following years, his work as an illustrator has had some exhibitions in museums. More recently he collaborated with Valérie Amiraux to publish Salome and Caroline Allard to publish two volumes of Les Chroniques d'une fille indigne 1 and 2.