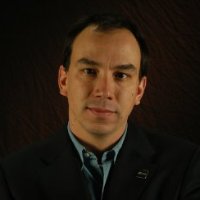 Co-founder of this CGI Film production company aimed to produce first class entertainment for a global world. We are now currently working on "TAD, The Lost Explorer2", to be released in summer 2017.

Last August 2015, we released "Atrapa la bandera" (Capture the flag) in Spain. At the present date, our movie in the most watched Spanish film of 2016, with almost 2 million moviegoers and next January 2016 we start its international release plan in more than 25 countries at a first stage.

This movie is the first spanish movie with a worldwide distribution agreement with a Hollywood studio, Paramount Pictures.

In 2012 Lightbox released its first feature film: "Las Aventuras de Tadeo Jones", also known as "TAD, The Lost Explorer" (2012) in coproduction with El Toro Pictures S.l., Ikiru Films, Telecinco Cinema, Telefónica Producciones and Media Networks. This film grossed more than 55 million USD on the box office worldwide and it was released in more than 50 countries, becaming the third most watched film in Spain in 2012, behind "The impossible" and "The Twilight Saga: Breaking Dawn " with an audience of more than 2,7 million moviegoers.