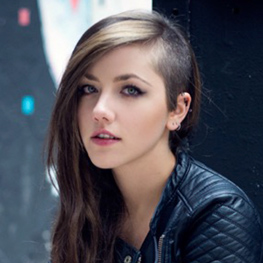 Born in Mexico City, she taught herself to draw since childhood. She studied Design at the National Institute of Fine Arts, but her drive to continue drawing led her to devote to art professionally. Therefore, she began working with artist and graphic novelist Edgar Clement, who helped strengthen and formalize her knowledge in illustration.

Her inspirations are life and death, as well as pre-Hispanic and popular culture. The characters resulting from this mixture, she calls them "Bastards." These pieces have been exhibited in museums and galleries in Mexico, United Kingdom, Argentina, and the United States.

Xbox recently hired Haku to create the art for the launching of the new Gears of War.