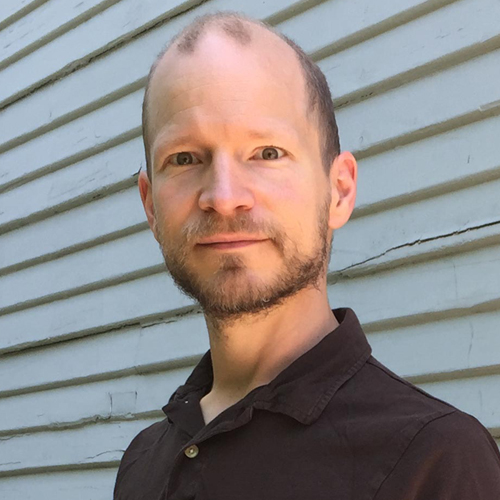 Fran Krause was born in Utica, New York. In 1999, while earning a BFA at the Rhode Island School of Design, he made the award-winning Mister Smile. After graduating, he started working at Nickelodeon on Blue's Clues (2000). Living for ten years in New York, he worked as a freelance animator, animating for Saturday Night Live, and working on projects such as Little Einsteins (2005-06) and SuperJail (2008).

Collaborating with his brother Will, he made two pilots for Cartoon Network: Utica Cartoon (2001) and The Upstate Four (2007). His recent films include Nosy Bear (2011), Dog in Burning Building (2010), and Moonraker (2005). He was the director and show-runner for James Kochalka's animated series Superfckers*.

He is the creator of the Deep Dark Fears comic series, a weekly comic that illustrates his irrational fears and the fears of his readers. He currently lives in Los Angeles with his wife Joanna, where he teaches in the Character Animation Program at the California Institute of the Arts.