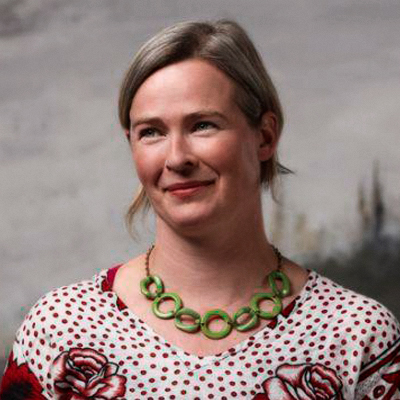 Kubo and the Two Strings marks Georgina Hayns' fourth film at Laika. She also supervised puppet fabrication on The Boxtrolls, ParaNorman and Coraline.

She has been involved in all aspects of puppet fabrication for stop-motion films for over twenty years. Her career began in the UK, working for Cosgrove Hall Films, Mackinnon and Saunders and Warner Bros.

In 1993, Georgina joined Mackinnon and Saunders as an armaturist where she supervised children’s television series and commercials, including BBC Television’s Noddy, HIT Entertainment’s Bob the Builder, Lipton Brisk Tea and Puffs Tissues.

She also worked on animated feature films including Mars Attacks! and shorts including the Oscar-nominated Periwig Maker. Prior to joining Laika in 2006, Georgina worked on Tim Burton's Corpse Bride.